About the USA Brain Bee

The USA Brain Bee (NBB) is a neuroscience competition for teenagers (13 to 19 years of age). It is an official Region of the International Brain Bee (IBB). Its purpose is to motivate young men and women to learn about the human brain, apply it to their daily lives and to inspire them to enter careers in the basic and clinical brain sciences. The world needs future clinicians and researchers to treat and find cures for more than 1000 neurological and psychological disorders.

Dr. Norbert Myslinski founded the IBB at the University of Maryland, Baltimore in 1998 with 12 local chapters in North America. It has now grown to more than 200 Chapters in more than 50 Regions in six continents. Students advance through three tiers of competition from Chapter (Local) to Regional (Mainly National) and eventually to the World Championship. Approximately thirty thousand students compete annually. Most Chapter coordinators are neuroscientists at universities. Others are teachers and administrators from high schools, museums, and industry who are interested in science education and community outreach. More than a hundred newspapers, radio and television stations cover the IBB and the student competitors, and about 50 web sites are devoted to IBB chapters. Winners have been recognized by Presidents and Ambassadors and other public officials. Many former competitors are now working in neuroscience, neurology, psychology and related fields.

Students prepare for the USA Chapter competitions by studying books that are freely downloadable from the Internet. Topics include brain functions such as sensations, intelligence, emotions, movement, and consciousness, and brain dysfunctions such as Alzheimer’s, autism, and addictions, as well as research techniques and medical technology. The Chapter competition format is basically oral question and answer, but at the USA Regional level may also involve neuroanatomy laboratory tests with human brains, neurohistology tests with microscopes, patient diagnosis with actors, and MRI brain imaging analysis.

The NBB is a non-profit grassroots effort funded mainly by private contributions, but also helped by dozens of partners including many colleges, universities, foundations, museums, hospitals, libraries, institutes, societies, and commercial companies and businesses. The IBB is a non-profit corporation consisting of five of the largest brain-related organizations in the world. They are: The Dana Alliance for Brain Initiatives, the Society for Neuroscience, The American Psychological Association, the Federation of European Neuroscience Societies, and the International Brain Research Organization.

The IBB continues to expand and to capture the imagination of young men and women around the world. We challenge educators and scientists to start a Brain Bee Chapter in their city. We challenge students to compete! It's fun, easy and rewarding. 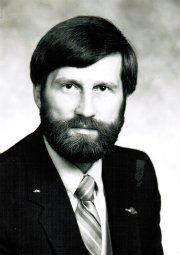 Norbert Myslinski is a neuroscientist who has devoted his professional life to teach about the human brain around the world. He helps fight neurological and psychological disorders by educating doctors, nurses, and research scientists in the field of neuroscience. He founded the International Brain Bee (IBB), to inspire and motivate young men and women to become professionals to treat and find cures for more than 1000 brain disorders. The IBB has now expanded to 200 chapters in 50 countries in 6 continents.

Born into a large family on a small farm in New York State, Norbert always had a passion for life. His grandparents fled from Poland to the United States just before World War I. His father fought in World War II, and Norbert served as a Captain in the Medical Service Corp during the Viet Nam War. A devoted Catholic all his life, Norbert was schooled by nuns and priests in elementary school, high school and college where he excelled as a star football player.

Norbert fell in love and married his high-school sweet heart who served as a nurse for the American Red Cross. They followed their dreams from Buffalo to Chicago to Boston to Baltimore for ten years, until she tragically died of a brain tumor. His father suffered from Guilain-Barre Syndrome and died of a stroke. His brother suffers from spinal cord injury and polyneuroma. His cousins are also victims of other brain disorders including multiple sclerosis, epilepsy, autism and drug addiction. Norbert cares for his mother who still lives with Alzheimer’s disease. Norbert eventually remarried and is the proud father of his son, Matthew, and daughter, Kelly.

Having received his doctorate in neuropharmacology from the University of Illinois, Norbert continued his training in post-doctoral studies in neurochemistry at Tuft’s University, sabbatical studies in sensory neurophysiology at Bristol University in England, as well as courses in cognitive neuroscience from Harvard University and journalism from Johns Hopkins University. He has served as a professor at the University of Maryland for the last four decades, and is adjunct professor in psychology at Stevenson University. He contributed to the curriculum of the Community College of Baltimore, the On-Line Laureate University, and the University of Dubai. He is also devoted to improving the lives of the lay public by giving free lectures at public libraries, museums, elementary schools, high schools, colleges, the deaf and the blind, the Baltimore Prison System and universities throughout the world.

Dr. Myslinski is the author of hundreds of professional and lay publications, recipient of millions of dollars in grant money, and numerous awards. Awards include the best All-Round Student Award from high school, Distinguished Military Graduate from college, the top Founder’s Day Award for Public Service from the University of Maryland at Baltimore, the Neuroscience Education Award from the Society for Neuroscience, Alumni of the Year Awards from Saint Mary’s High School and Canisius College, and Best Teacher of the Year Award. He was President of the Baltimore Chapter of the Society for Neuroscience. He has appeared dozens of times on television and radio, and has been cited hundreds of times in the press world-wide.

For the future, Dr. Myslinski remains devoted to his family and neuroscience education. Compassion for his fellow man drives him to continue building better brains to fight brain disorders.