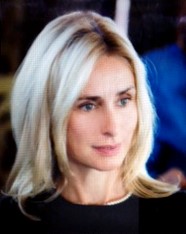 Dr. Martina Majstorovic graduated from the School of Dental Medicine at the University of  Zagreb, Croatia. After receiving her certificate as well as master's and doctoral degrees in pediatric dentistry she worked as a pediatric dentist and a full professor in the Pediatric Dentistry department at the School of Dental Medicine and the University Clinical Hospital at the University of Zagreb. She received several awards, including an honored membership in the Croatian Academy of Arts and Science and an award for extraodinary achievements and contribution in the Croatian healthcare system.

During her career she has been professionally active both domestically and internationally. She was awarded the Huygens scholarship for scientific and clinical research which she spent in the Cariology, Endodontology and Pedodontology Department at the Academisch Centrum Tandheelkunde Amsterdam, The Netherlands in the year 2002-2003. She accomplished her Fulbright fellowship in the Pediatric Dentistry department at the New York University College of Dentistry in the year 2008-2009, where she became an Adjunct Asssociate Professor in the year 2013.

She has been actively participating at the conferences and meetings as a member of both the European and American professional societies. She has been involved in research and projects and has published numerous scientific papers in the field of pediatric dentistry. She was a co-author in the studybook "Pediatric Dentistry", which was originally published in Croatian.

She has been mentoring both undergraduate and postgraduate dental students as well as residents in their academic and clinical education.