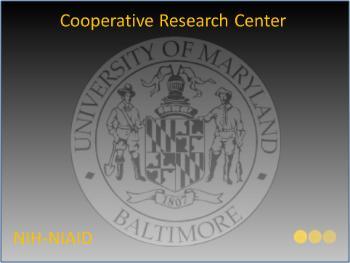 ‌The overarching objective of project EPCRTI is the discovery of the essential correlates of chlamydial infection of the human reproductive tract in the human reproductive tract. Project EPCRTI is conceived to prime effective translational research through two related objectives: a, the identification and characterization of chlamydial antigens of relevance to vaccine development in the naturally infected host; and b, the characterization of chlamydial metabolic, physiologic or pathogenic mechanisms that are at play in the complex, natural environment of the female genital tract and will provide targets for possible chemotherapeutic intervention. Complementary to these objectives, project EPCRTI will provide an evaluation of the possible emergence of chlamydial antibiotic resistance in a well defined patient population, of the metabolic fitness of chlamydiae in the face of host defenses and intervention, and of the resilience of the local microbiota when faced with chlamydial infection. Characterization in molecular and cellular details of the pathogen and host attributes in the site of infection is indeed essential to and must precede the future development of a safe Chlamydia vaccine and safe anti-chlamydial therapeutics.

To achieve these objectives, project EPCRTI will leverage some of the most advanced and innovative methodologies in the study of bacterial infectious diseases. These include the definition of the vaginal microbiota using high-throughput 16S rRNA sequencing, meta-transcriptomics to identify responses of the vaginal microbiota to chlamydial infection, the isolation of isogenic antibiotic-resistant mutants (a landmark advance in Chlamydia research) and the predictive power of biomathematical modeling of chlamydial infection and disease. The composition of the genital microbiota, the occurrence of secondary infection, the application of antibiotic treatment and the diversity of Chlamydia’s physiologic attributes and genome sequence are among the common variables that will be evaluated both longitudinally and cross-sectionally, in humans and in a parallel model of chlamydial infection in the reproductive tract of the guinea pig, and on an experimental scale never attempted before.

Project 2 (PI, Dr. Patrik Bavoil) aims to identify in vivo and in vitro correlates of the response to natural C. trachomatis infection of humans and of virulence gene expression of the corresponding human isolates. Similar studies will be performed on the response to C. caviae infection of guinea pigs and of conserved virulence gene expression in C. caviae isolates. Project 2 will investigate in parallel the diversity of two gene families conserved in C. trachomatis and C. caviae that hold promise in the development of therapeutics and of a Chlamydia vaccine, respectively: the type III secretion system and its effectors, a virulence-associated secretion mechanism conserved in many bacterial pathogens, and the Chlamydia-specific polymorphic membrane protein gene family. Longitudinal isolates of human C. trachomatis and guinea pig C. caviae will be used to assess variable expression of virulence factors in the context of treatment of the infection, variations in the vaginal microbiota, and the presence of co-infecting pathogens. Project 2 will also explore the predictive value of two existing biomathematical models of chlamydial development and pathogenesis (1,2) in collaboration with Dr. David Wilson, University of New South Wales, Sydney, Australia.