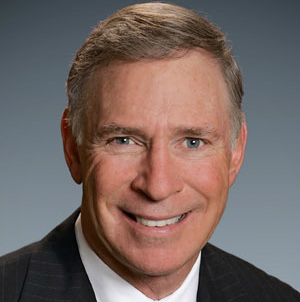 Robert Bray, DDS ’73, has dedicated much of his career to advancing education and research in the orthodontic field, with the long-term goal of providing excellence in patient care.

Now a professor at the Temple University Kornberg School of Dentistry and a visiting professor at the Eastman Institute of Oral Health, University of Rochester, Bray long has emphasized the importance of learning how to manage a dental practice—as well as empowering every staff member to contribute to excellent patient care. A philosophy of listening to and learning from others, he says, has guided him both as a leader of professional organizations as well as in private practice.

“There are employees who have been with my practice for 37 years. My staff has been with me for over 300 years,” he says, “I found that for the most part people are very interested in the total package. The more you explain to your staff what’s going on, the more they see the beginning, middle, and the end; the more that makes everybody feel engaged in the total patient care.”

For Bray, staff involvement and patient care are intertwined. “I visited practices and saw how doctors worked with their staff, and tailored courses from there,” he says.  “For me, greater involvement of the staff was important. I wanted to expand their roles beyond setting up instruments and get them thinking about the treatment of the patient and making the experience as strong as possible.”

Bray emphasizes that the benefits of involvement form a two-way street. “The doctor benefits from understanding more about the person who answers the phone, because they are involved in making the patient’s experience a good one.”

Bray traces his interest in quality practice management to a visit to the orthodontist as a youth.  The doctor and staff in that office, “were just very happy and engaged. I decided then that I wanted to be an orthodontist.”

A native of Delaware County, Pa., Bray attended the University of Maryland School of Dentistry (UMSOD) after earning his undergraduate degree from the University of Dayton. He was initially attracted to UMSOD’s rich history, but it was the forward-thinking approach of then-dean John Salley that ultimately left a lasting impression on him.

“[During] my sophomore year, we moved to a brand-new facility, and Dean Salley came aboard. Salley presented more opportunities for students to get involved and shape the direction of the school, and the students in our class as well as the other classes responded very positively.”

Bray himself played a leadership role—serving as president of the student body, volunteering with the admissions department, and working with the student government.  “It was fun to organize and get involved,” he says.

On Salley’s recommendation, Bray earned a post-graduate orthodontics certificate from the Eastman Institute for Oral Health and also received his MS Degree. After serving as a U.S. Air Force Orthodontist at Edwards Air Force Base, Bray began his career in private practice in the Atlantic City New Jersey area.